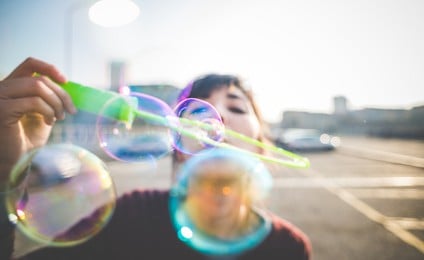 What are the duties payable on?

Who is liable for custom duties?

How much are the duties?

The duty rate applied to goods released for free circulation is the duty rate applicable under the Common Customs Tariff or other relevant regulations on the date the customs declaration is accepted. As a rule, the date of acceptance of the customs declaration also governs customs treatment in terms of the quantity, value and nature of the goods as well as the incurrence of customs debt. The customs duty to be paid is communicated to the declarant either verbally or in writing (via a customs notice).

The Basic Law grants the Federation exclusive authority to legislate on and to receive the revenue from customs duties. However, with the development of Community law, this authority has been transferred almost completely to the European Union. Germany’s national customs law is essentially comprised of the Customs Administration Act and the Customs Ordinance.

What are the associated simplified procedures?

Simplified procedures can make the release of goods for free circulation much less complicated and – depending on the type of procedure – less time-consuming. The main simplification involves declarants being able to submit customs declarations that do not contain all of the information that is otherwise required. The omitted information can then be submitted at a later date. Subject to appropriate authorization, this information can be reported in a single supplementary customs declaration for goods imported during a specific time period and the import duties paid in a single payment.

These simplified procedures include:

How does the European Custom Union relate to the German custom duties?

In 1951, as a party to the Geneva General Agreement on Tariffs and Trade (GATT) and the Brussels Conventions on the Valuation of Goods for Customs Purposes and on Nomenclature for the Classification of Goods in Customs Tariffs, the Federal Republic of Germany replaced the majority of specific duties (levied according to weight, volume or number) with ad valorem duties. The International Convention on the Harmonized Commodity Description and Coding System entered into force on 1 January 1988, replacing the Brussels Convention on Nomenclature and introducing an updated nomenclature. The Community’s Combined Nomenclature (CN) was set up on the basis of this Harmonized System (cf. Council Regulation (EEC) No 2658/87 of 23 July 1987 on the tariff and statistical nomenclature and on the Common Customs Tariff). The customs union within the European Communities first took the form of a tariff union, which was created when the Common Customs Tariff between the six original member states of the EEC (Belgium, France, Germany, Italy, Luxembourg and the Netherlands) entered into force on 1 July 1968.

Since 1 July 1977, customs duties on nearly all industrial goods have been abolished in trade with the EFTA countries – i.e., Iceland, Norway and Switzerland (including Liechtenstein). Furthermore, the European Communities have concluded agreements containing extensive tariff concessions with nearly all of the countries bordering the Mediterranean Sea and with many African, Caribbean and Pacific states. The Communities also grant generalized tariff preferences to all developing countries.

Since 1975 (or 1988 in the case of goods covered by the Treaty establishing the European Coal and Steel Community), customs revenue has accrued to the EU. In 2009, this amounted to €3.6 billion. Customs duties are administered by federal customs authorities.

In their present form, customs duties serve primarily as an instrument to regulate the economy. Customs duties of a fiscal nature – i.e., those that aim solely to generate revenue for the state – no longer exist in Germany and the other member states of the EU.