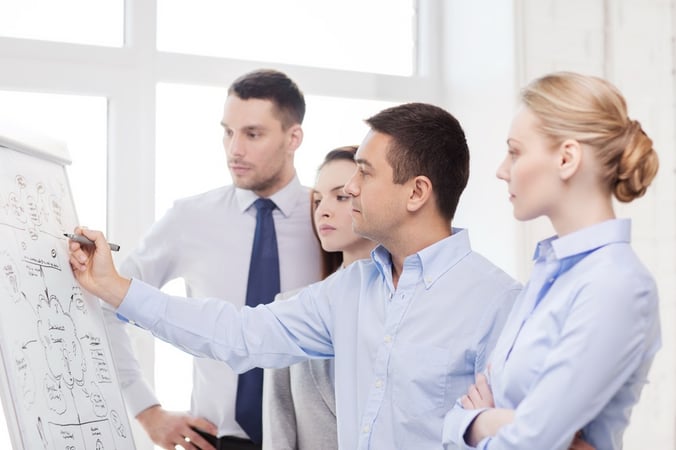 Trade tax is directed at businesses and their real earning capacity. As a non-personal tax, it is charged on the earnings generated by a business, irrespective of the personal circumstances of any of the business owners. This sets trade tax apart from personal taxes such as income tax or corporation tax, which are linked to the existence or economic performance of a natural or legal person. The tax is thus imposed on an object, namely the business operation.

All businesses that operate in Germany are liable to trade tax. Businesses are deemed to operate in Germany if they have a permanent establishment in the country. Businesses (within the meaning of the Income Tax Act) include, for example, sole traders and commercial partnerships. The activities of a corporation always count fully as business operations.

Agricultural and forestry businesses, as well as freelance work and other forms of self-employment, are not subject to trade tax.

The tax is levied on business profits. For trade tax purposes, this means the profits of a business as determined under the Income Tax Act or Corporation Tax Act. The profits thus determined are increased or decreased by certain adjustments. These adjustments have a dual purpose, namely to take account of the nature of trade tax as a tax on an object and to prevent double taxation of the same income under both trade tax and real property tax.

Who is liable to be taxed?

Tax liability attaches to the business entity on whose account the business is carried out. This may be a sole trader or a corporation. If a partnership is engaged in commercial activity, then it is the partnership itself that is liable for the tax.

Partners in a commercial endeavor, as well as sole traders can claim a credit against their payable income tax that takes into account the trade tax they have already paid. Such a claim should be undertaken in a personal tax assessment.

How much is the tax?

The computation of trade tax starts with what is termed the ‘base tax amount’. This is obtained by multiplying the business profits by 3.5% (the basic tax rate). Individuals and partnerships qualify for a taxfree allowance of € 24,500. The tax office is responsible for determining the tax bases and for assessing and dividing up the base tax amount.

The municipalities in which the permanent establishments carrying out the business are maintained have the right to impose the tax. If a business maintains establishments in several municipalities during the period for which the tax is collected (calendar year), the base tax amount must be divided among them. The wages paid by the business are generally taken as a yardstick for the dividing-up process.

Trade tax is collected by the municipalities, which calculate the tax due by applying a multiplier to the base tax amount (or if this has been divided up, to their allocated share). The municipality with the right to impose tax stipulates this multiplier. It must be at least 200%.

Taxation is imposed on the basis of the current versions of the Trade Tax Act and the Trade Tax Implementing Ordinance. In addition, trade tax guidelines in the form of general administrative regulations have been issued to clarify uncertainties and points calling for interpretation.

Trade tax is a municipal tax collected by the local authorities. It is their most important direct source of revenue for expenditure on public services.
The Federal Government and the Länder (state governments) also receive a share of trade tax revenue by way of apportionments.

How did the tax develop?

The Basic Law enacted in Bonn in 1949 gave the Federation concurrent power to legislate on trade tax. The Trade Tax Act adopted in 1950 for the whole of the Federal Republic of Germany has subsequently been through several amendments, for instance in 1967 when for constitutional reasons it became necessary to abolish the branch tax on retail trade businesses and the supra-local establishments of banks and credit institutions. The reform of local authority finances obliged the municipalities as from 1970 to pass on part of the revenue from trade tax to the Federation and the Länder in the form of apportionments. To compensate for this, the municipalities were assigned a much larger share (namely 14%) of the revenue from wages tax and assessed income tax. The 1979 Tax Amendment Act reduced the trade tax apportionment by one third as from 1 January 1980 and increased the municipalities’ share of the revenue from wages tax and assessed income tax to 15%. The optional imposition of payroll tax was abolished as from 1 January 1980. To offset the shortfalls in tax revenue resulting from changes in income attribution arrangements the trade tax apportionment was reduced by a further 28% as from 1983 and by a total of 35% from 1984 onwards.

Trade tax on business capital was abolished as from 1 January 1998 under the reform of corporate taxation. To compensate the municipalities for their resulting loss in revenue, they were given a 2.2% share of VAT revenue. Article 28 and Article 106 of the Basic Law were amended to safeguard the municipalities’ entitlement to a share of VAT revenue and to the revenue from trade tax.

The 2008 Business Tax Reform Act increased the extent to which financing costs are attributed to income and abolished the deductibility of trade tax as a business expense when calculating profits for tax purposes. In return, the basic tax rate was cut from 5% to a uniform 3.5%. Furthermore, partnerships’ entitlement to credit trade tax paid against their income tax liability was increased.