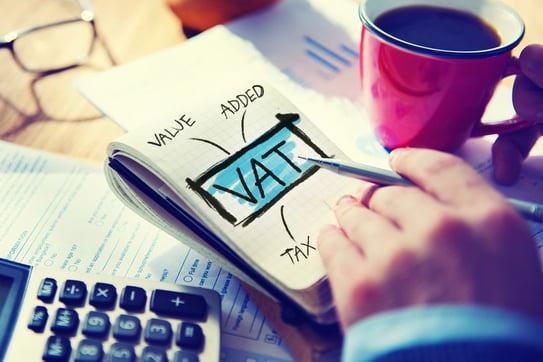 Import VAT is an excise duty within the meaning of the Fiscal Code and an import duty under customs law. It is imposed on the importation of goods into Germany’s domestic territory and the Austrian territories of Jungholz and Mittelberg. Under the VAT Act, “domestic territory” means the territory of the Federal Republic of Germany except the territory of Büsingen, the island of Heligoland and the free ports (cf. section 1 subsection (2) of the VAT Act). Liability for import VAT attaches to the actual frontier crossing of each article, regardless of whether it is being imported against payment or free of charge. Under the VAT Act, “import” means the movement of articles into the territory in which the tax is imposed – on the assumption that the articles are subject to taxation there, i.e., they are not covered by a duty suspension arrangement (including customs warehousing and transit procedures). The term ‘article’ primarily means goods as defined under customs law, i.e., all movable objects.

Who is liable for duty?

Application of the duty on imports is intended to ensure that goods imported from third countries (generally exempt from VAT in the exporting state) are subject to the same VAT as similar domestic goods. The purpose is to create a level playing field for goods produced in Germany and products imported from third countries. Unlike customs duties, which are intended to contribute towards the achievement of economic objectives, import VAT serves only to effect the equalisation of VAT burdens at the frontier. Under the value-added tax system, which levies VAT on domestic goods and imports, it would in theory be sufficient to limit the equalisation of VAT tax burdens at the frontier to non-business imports because it is, after all, the end user who is supposed to bear the full burden of VAT. However, since VAT is payable at every successive stage in the course of trade, all imports are subject to import VAT as well, regardless of whether the goods are imported by a business or a private individual. If goods are imported by or on behalf of a business, it can generally deduct the import VAT paid on such goods as an input tax against its VAT liability; this means the import VAT is merely a transitory item in the accounts.

How much is the duty?

The customs value of the imported article is used to determine the basis for levying import VAT (cf. section 1 subsection (1) of the VAT Act). Any other import duties that are levied on imported goods in conjunction with import VAT (customs duty, other excise duties) and the cost of transport to the first inland destination (i.e., the place at which the transport of such goods across the frontier is completed) are the principal elements that must be added to the customs value.

The tax rate for the importation of goods is the same as that for turnover within the domestic territory (cf. section 12 subsections (1) and (2) number 1 of the VAT Act). The rate is 19% of the basis for assessment, but is reduced to 7% for goods listed in Annex 2 to the VAT Act. With a few exceptions, the regulations on customs duties apply to import VAT with the necessary changes (cf. section 21 subsection (2) of the VAT Act). This applies in particular to the registration of imported goods, their treatment under import VAT legislation and the imposition of tax on them; it also applies to imports under a simplified customs procedure. In connection with the importation of goods, numerous relief facilities have been allowed for businesses that are entitled to deduct input tax.

Who collects the duty?

Import VAT is collected by the Federal Customs Administration. The revenue accrues jointly to the Federation and the Länder (state level administration of the German government).