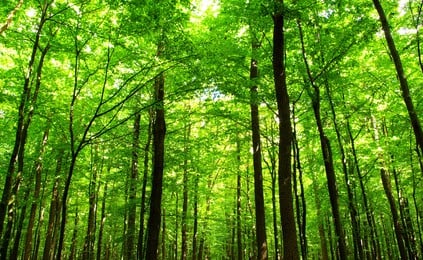 Energy duty is an excise duty regulated by federal law. In general, energy duty is charged only on the consumption of energy products (especially mineral oils, natural gas and coal) for energy purposes. The consumption of energy products for non-energy purposes is exempt from duty. In addition, the Energy Duty Act contains a number of special rules providing tax relief for the use of energy products for energy purposes, with the aim of promoting environment-friendly energy sources and means of transport. The Act also provides tax benefits to trade and industry in order to prevent German companies from being placed at a competitive disadvantage in relation to their foreign competitors.

Only certain goods can be taxed as energy products. The Energy Duty Act refers to the Combined Nomenclature for a precise description and categorization of these goods.

Who is liable for duty?

As an excise duty, energy duty is designed to be borne by the consumer. However, collecting the duty directly from the vast number of energy consumers would clearly be impractical. Because of these administrative considerations, it is collected higher up the delivery chain, from the producer or reseller, who then passes the cost on to the consumer via the price of the product. The persons liable are given ample time to realize the sales revenue they need in order to pay the duty.

How much is the duty?

Liquefied petroleum gases, such as propane and butane, as well as natural gas and other hydrocarbon gases are also subject to energy duty if used as motor fuels. In these cases, a reduced rate of duty applies until 31 December 2018. Until that date, automotive LPG (often referred to as autogas) will be taxed at a rate of €180.32 per 1,000kg and natural gas fuel at a rate of €13.90 per MWh. From 2019 onwards, these fuels will be taxed at the standard rates stipulated in the Energy Duty Act as follows: €409.00 per 1,000kg for automotive LPG and €13.90 per MWh for natural gas fuel. These rates from 2019 onwards are still well below the duty rates for petrol and diesel fuel.

The following rates of duty apply to heating fuels:

Red dyestuff and a chemical marker are added to light heating oil to prevent its illegal use as fuel for diesel engines.

What items are exempt/relieved from the duty?

The following section describes certain categories of relief from energy duty. The list is not exhaustive.

Initially, biofuels were promoted exclusively on the basis of tax incentives. However, the introduction of the biofuel quota with effect from 1 January 2007 gave regulatory backing to the promotion of biofuel production. The quota stipulates that biofuels must account for a certain minimum proportion of the total amount of fuel (petrol, diesel and biofuel) that a petroleum company sells each year. Since this switch from tax incentives to quota-based requirements, tax relief is no longer provided for the share of biogenic materials contained in mixtures with fossil fuel (such as the ethanol blend E5 and B7 diesel). In contrast, tax incentives to promote pure biofuels (especially biodiesel and vegetable oil fuel) were not discontinued in a single, immediate step; instead, lawmakers opted for a step-by-step phase-out of tax relief for these energy sources. Accordingly, the possibility to obtain tax relief for pure biofuels largely ended on 31 December 2012. Currently, special tax provisions still apply to the ethanol content in E85 fuel, biomethane used as motor fuel, BTL (biomass to liquid) fuels, and cellulosic ethanol, which will be granted tax relief until the end of 2015.

Tax relief for businesses in the manufacturing, agricultural and forestry industries

To avoid endangering the international competitiveness of companies in the manufacturing, agricultural and forestry industries, tax relief on heating fuels (heating oil, natural gas and liquefied petroleum gas) has been granted to these businesses since the ecological tax reform was launched in April 1999. This tax relief amounts to around 25% of the full rates of duty on heating fuels and applies to duty paid in excess of €250 per calendar year.

Manufacturing companies subject to high energy duty costs may also be entitled to an additional refund, which is calculated on the basis of (i) a company’s electricity duty liability and (ii) the rate by which the employer’s share of pension insurance contributions has been reduced. Starting in 2013, this refund is granted only if a company fulfils stringent criteria for improving energy efficiency. These include, in particular, the adoption and operation of energy or environmental management systems or, in the case of small and medium-sized businesses, the adoption and operation of alternative systems to improve energy efficiency.

Since 2006, additional tax relief measures have been introduced that allow certain energy-intensive processes in the manufacturing sector to be fully exempt from energy duty. The aim here is to safeguard the international competitiveness of German industry.

Who collects the duty?

Energy duty is collected by the Federal Customs Administration, and the revenue accrues to the Federation.

Important note: Every effort has been made to communicate the information as accurately as possible, all pertinent subclauses of tax laws are referenced where applicable. However, please make sure to read the date of publication of this blog post in order to ascertain when it is outdated.