Why invest in Spain?

Why invest in Spain? 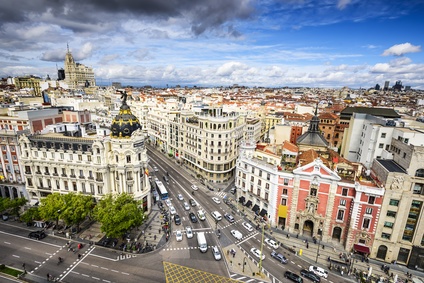 No one doubts that Spain is going through the most serious economic crisis since the advent of democracy in the country. Unemployment figures are unprecedented and the government was forced to adopt a rigorous austerity plan with an obvious social cost.

However, in the same way that Argentina was a country of great investment opportunities in 2002, Spain is showing the promise in 2015.

Although the country’s democracy is relatively young, the truth is that the two major political parties, Partidos Popular and Partido Socialista Obrero Español, fully ensure governance without hindrance. The Peoples Party (Partidos Popular) has fallen short of absolute majority in the Congress of Deputies in the recently concluded elections but is looking set to make the government through an alliance with other like-minded parties. Meanwhile, Spain’s membership of the European Union since 1986 also helps to secure full stability on the political front.

In 1995 the external sector of the Spanish economy accounted for only 35% of our GDP. Today, the activity of Spanish businesses outside Spain represents 60% of GDP. The dynamism of the Spanish production sector has led to 50% of global infrastructure concessions being managed by Spanish companies like ACS, Abertis, Ferrovial and FCC; 33% of world air traffic is managed by a Spanish company Indra and the leading producer of rice in the world is a Spanish company: SOS. Furthermore, according to the prestigious journal, Euromoney, the Bank of Santander has been chosen as the best bank in the world in terms of its performance and consumer-centric nature.

The export sector has grown by 36% from 2009 to 2011 and if the bill of energy imports is excluded, Spain has a surplus in its trade balance with its partners in the European Union. If Spain sells more than it buys from Europeans countries, it simply means that the country is producing goods and services with a high level of competitiveness. This deduction is specifically true if it is considered that the trade transactions within the Euro area are made in the same currency, without any barriers.

Spain receives sixty-seven million tourists a year on average, making it one of the most visited countries in the world. Tourism revenue in 2014 accounted for more than 65 billion USD, which places Spain second only to the United States in terms of this financial metric. Spain is also termed as the capital of Hispanic culture, which gives it a lot of cultural currency among more than 500 million Spanish speakers worldwide.

The Spanish gross domestic product in 2015 was estimated to be 1.230 trillion USD (14th largest in the world) resulting in a per capita income stood of 26,500 USD. It is true that the country is under pressure from debt percentage aspect, as it accounts for more than 92 percent of Spain’s GDP. However, if you look at this figure in the greater context of the European Union, then Spain only comes in the middle of the table. With the policy of austerity adopted by Spain in recent years, the deficit projections are to reach a rate of 3 percent in 2016, from the current rate of around 4 percent.

The country has skillfully drawn speculative waves against the euro over recent months, leading to the risk premium to overcome the psychological barrier of 500 basis points (February 2013). Today, however, the risk premium has returned to a near record low: it has dropped to 178 basis points, meaning that the government's economic policy has full support of the international financial system.

Today nobody talks to rescue the Spanish economy by the Brussels authorities. It simply was not necessary because the markets have relied on the government's economic policy. The government’s opening of lines of credit and the restructuring of the economy have worked to regain lost confidence, despite recent Greek crisis and the looming aspect of Grexit.

Spain has introduced a series of reforms in the financial sector, making it the most advanced and controlled in Europe. It has also created the SAREB (management company of real estate assets from the bank restructuring). It is a corporation to manage the so-called "toxic financial assets from the real estate sector." It is popularly known as the "bad bank" and is simply allowing banks to insulate from failed mortgages.

The euro has been one factor that has weighed on the Spanish financial crisis. Perhaps because it was born prematurely and without a long trial period. Now dysfunctions that caused the crisis are in the process of correction and the euro is presented as a strong currency and with a great future. It is used by 330 million Europeans with a combined GDP of 13.08 trillion, close to the GDP of the United States.

There is no doubt that one of the reasons for the Spanish crisis was the housing bubble. Due to the rising prices, construction was one of the foremost sectors leading up to the crisis. Now, since the bubble burst there is a surplus of housing, commercial buildings and recreational places that is looking for buyers. Foreign investors who are shrewd enough to realize the opportunity this scenario presents have started buying these properties. And without doubt, as the Spanish economy continues to recover, this going to prove a very fruitful choice.

A bonus reason would be to invest in the growing renewable energy sector in Spain. The industry stems from the fact that Spain has to rely heavily on foreign energy imports. Meanwhile, the country has an abundant supply of renewable energy resources in the form of abundant sunlight and wind corridors. This is why renewable energy is tipped to be one of the fastest growing Spanish industries in the coming years.