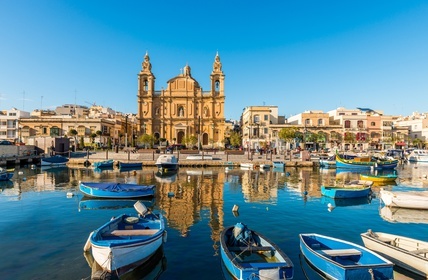 The Republic of Malta is a parliamentary democracy, with political and social stability. It has only two major political forces, Labor Party and Nationalist Party, both centered on attracting foreign direct investment (FDI) and the establishment of a secure, stable and open business environment; a contemporary and varied economy based on international services; safe macroeconomic environment (controlled public debt, low unemployment figures, and a budget that is aimed at shrinking deficits); and an independent and modern legal system.

The tax regime of Malta is very flexible despite being complicated. For example, in its untruncated state, the Maltese corporate tax stands at a staggering 35% - the highest in Europe. However, several differential deductions on workforce, research, and refund metrics greatly reduce the tax and at its lowest it stands at a mere 5%. This is so because the total amount of tax refunds cannot exceed 6/7ths of the corporate tax base rate. Ingenious indeed.

The Maltese workforce is highly skilled and productive. All Maltese come from a bilingual educational system and are fluent in English with advanced knowledge of other European language. The island has a great ability to provide a staff of highly qualified professionals at all levels, from engineers to plant operators. The high standard of living also ensures that it is very easy to attract skilled labor from overseas.

Malta’s strategic location has made the island one of the most important logistical centers in the region. Presence of the relevant infrastructure and port facilities for freight and passengers contribute to the international recognition of this position. For instance, the country has the largest ship registry of the European Union and one of the largest worldwide.

The economic environment of the island is excellent and has demonstrated both its resilience, and the ability to thrive. The Government has developed a strategy for long-term and sustainable economic success, through Vision 2015 and Beyond program, where key emerging sectors with high potential are targeted for growth.

The companies committed to investing in Malta and settling their operations there benefit from the very attractive double taxation treaties with 58 countries. A combination that allows investors to attain a highly efficient fiscal environment.  These laws allow for the establishment of international holding companies. More than 200 foreign companies (mainly from the EU) have managed to invest in Malta or are operating from there: Lufthansa, HSBC, Baxter, Playmobil, ST Microelectronics, among others.

Malta comes under the category of highly developed countries. Its Human Development Index of 0.839 is the 37th highest in the World and the 23rd highest in Europe. It has a publically funded healthcare system and a low income disparity (the 14th lowest in the world). The average life expectancy is 79 years – one of the highest among European states.

The Maltese per capita income of $33,215 belongs to the the upper bracket among European countries. This figure, coupled with the very high population density of the island, allows for Malta to be an attractive location for setting up shop for competitive and innovative goods and services.

In conclusion, if you are looking for an investment destination that is totally receptive to foreign direct investment then look no further than Malta. The Maltese government has formulated its whole economic and foreign policy around the concept of attracting FDI and their highly flexible taxation regime is the biggest testament to this fact.