7 Reasons to invest in Germany

7 Reasons to invest in Germany 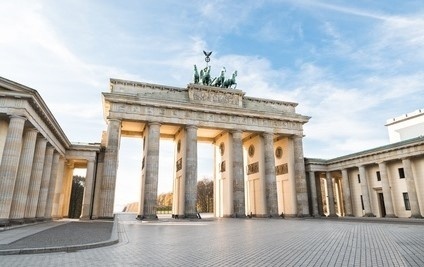 In recent years, specifically in the Eurozone, Germany has become one of most popular destination to invest in. Every year, billions of dollars in Foreign Direct Investment (FDI) are poured into the country by businesses across the globe. Here are some top reasons why you should join the club and invest in Germany.

After spending six consecutive years as the world’s top exporter, Germany has slightly slid down to the third place. Still, it maintains a neck-in-neck position with the two countries that have overtaken it, the much larger China and the United States. Also, Germany received close to 480 billion Euros in FDI in 2014, making it one of the most attractive investment destination in the world.

Germany has one of the best communications and energy infrastructure in Europe with highly competitive transportation networks. The combination of these factors, and Germany’s strategic location at the heart of Europe ensure that your business will have a short road towards success that is punctuated with timeliness.

Germany is the leading patent applicant from Europe which is a testament to the country’s strong commitment towards research and development. The R&D scene in the country is backed by billions of dollars in federal funds that help to create the drive for innovative output in the country.

Germany has drastically reduced its corporation tax levels in recent years which is allowing companies to have more financial resources to invest in the expansion of their ventures. The German Federal Government is constantly working to introduce reforms to make the tax framework more competitive and reduce costs of indirect labor for companies.

Germany is a highly developed country with a Human Development Index (HDI) of 0.911 (6th highest in the world) and an adjusted per capita income of $41,267 (20th highest in the world). This ensures that the German people have a considerable portion of disposable income available to aid in the success of viable international business ventures. Also, being a highly developed society, the country offers very high standards of living with superior education and health services and numerous opportunities for recreation. These are some of the many reasons why Germany is home to a culturally diverse section of expatriates that number to seven million.

German government provides several incentives to investors to make the country a suitable location for them. These incentives encompass a broad spectrum and range from programs to offer the reimbursement of direct costs associated with investment to R&D grants and labor incentives.

Germany is home to one of the most productive workforces in the world which renders quality finished goods at a very competitive per unit cost. The German government’s recent reforms in the market and social sectors have further cemented Germany’s position as Europe’s most cost-effective location to set up a production plant at.

Furthermore, the country’s world class education system ensures that close to 81% of the German population is trained up till university entrance level or equivalent vocational qualification. This is a healthy 14 percentage points above the OECD’s average of 67%.