10 Reasons to Invest in France

10 Reasons to Invest in France 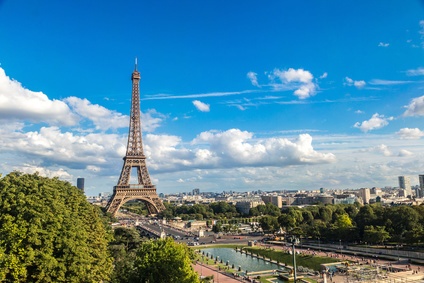 France is one of the biggest economies in the world with a Gross Domestic Product of USD 2.8 trillion. Furthermore it has recently rebounded from the slight recessive run in 2014 and is showing veritable signs of a sizeable economy that is looking to get even bigger.

Consequently, here are some of the top reasons to invest in France.

France is the leading European destination for foreign investment in the industrial sector (FY 2014). As for amount of foreign direct investment (FDI), it occupies the 4th place worldwide and the 2nd in Europe. (UNCTAD, 2014)

With over 65 million inhabitants and a per capita income in excess of USD 37,000, France is the second largest market in Europe and occupies the 2nd place in European birth rate (Eurostat, 2014). Therefore it would continue to expand and give investors a huge, high purchasing power market to aim at with their products and services.

France has the best European road network (Eurostat, 2014) and is also recognized for its airports. The Roissy Charles-de-Gaulle airport, for instance, has been 2nd and 1st respectively among passenger and freight airports in Europe (ACI, 2013). In addition, its high-speed railway network is the second most efficient network in Europe, apart from being the largest. Furthermore, in 2013, Marseille was ranked as the 6th in Europe while Le Havre stood at 8th in terms of tonnage handled. (PoR figures, 2014)

France invests more in its education system (more than 6% of GDP) than Germany, Italy or Spain. (OECD, Education at a Glance, 2014) This allows for a consistent input of a well-trained workforce for companies operating in France. Furthermore, in terms of hourly productivity of labor, France is on the 6th place worldwide, ahead of Germany (7th) and the UK (13th).

In 2015, the tax credit for competitiveness and employment (CICE) was found to reduce labor costs by 6%. This has resulted in benefits for businesses in excess of 20 billion euros. The tax credit is calculated based on the payroll of the company, excluding higher salaries that are 2.5 times the SMIC, the French minimum wage.

The research tax credit (CIR) is a tax incentive unprecedented in Europe: A credit of 30% of the cost of R & D, up to 100 million euros, and 5% beyond that amount is given to qualifying projects.

These credits do well to balance out the high corporate taxation rate in France which stands at 34.4 percent.

France is the world's leading tourist destination in number of foreign visitors (OMT, 2014) and the third country worldwide in terms of the adequacy of health infrastructure with respect to the needs of society (IMD, 2014). In addition, it occupies the 6th place worldwide in life expectancy at birth (82.6 years) (WDI, 2014) and its culture is very creative and attractive: the Louvre is by far the world's most visited museum, with the Eiffel tower a recognized monument worldwide.

There are several incentives for foreign nationals looking to work or start a business in France. The EU Blue Card is a residence permit for highly qualified employees. Moreover, the recently launched French Tech Ticket package proposes a host of facilities to foreign entrepreneurs who are setting up their startup in France: these include a grant of 30,000 euros, visas, a local references, etc.

France occupies the 6th place worldwide in terms of international patent registration (WIPO, July 2013). In addition, for the fourth consecutive year, it topped the Deloitte "Technology Fast 500, EMEA 2014" ranking, with 86 French companies among the 500 best performing companies in the EMEA. French companies are also the highest ranked country in Europe in the Top 100 Global Innovators (Thomson Reuters, 2014). The Future Investment Programs, PIA 1 and 2, with endowments of 35 billion and 12 billion euros respectively, contribute to the growth of strategic priority sectors.

A bonus reason to invest in France would be its ambitious take on electric vehicles. The country is aiming to have 2 million such vehicles running on its roads by the end of 2020. This is a grand task but the French government is so far sticking to it by offering incentives to individuals having electric vehicles and companies manufacturing them. This is also goes on to show that France is thinking seriously about environmental concerns associated with gas-run vehicles.